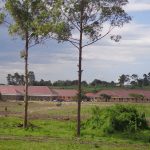 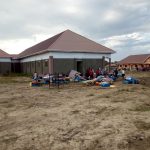 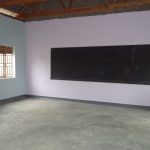 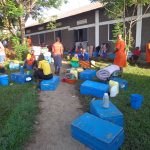 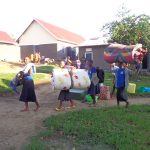 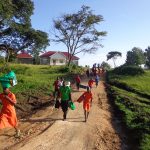 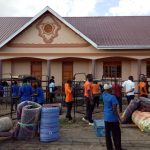 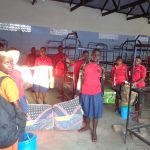 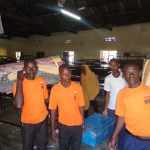 On the history of the school that has resulted into Saint Matthias Mbuye Secondary School and Mbuye Agricultural College, the initiator, Fr. Dr. Matthias Lusembo writes:

“In 1981, seeing the poverty of the youth at Lusolo and Mbuye villages in Lwanda Subcounty, Rakai District, I got an idea of founding an agricultural school to teach skills to the youth, so that they could produce not only enough food to have a balanced diet, but also a surplus for sale. When I communicated this idea to some of the villagers, they laughed at me, because they thought that everybody knew how to farm.

I begged God for a sign, if He wanted me to found an agricultural school. I got it. In 1985, I invited local leaders to discuss the proposal. These wereTeddy Kaggwa Nsuubuga, the Rakai District Agricultural Officer, by then.

We met in my farm house, at my farm, at Lusolo. The proposal to start an agricultural school was accepted unanimously. I offered my farm to be the site for the school. – the farm, by then, had thirteen acres of eucalyptus forest, five acres of banana plantation, some paddocks for cows, and about three acres of coffee plantation. The total amount of land was sixty-seven acres. We chose the name of the school to be TWEZIMBE AGRICULTURAL TRAINING SCHOOL (TATS). – This was later changed to Mbuye Farm School. The committee made a constitution for the school, entrusting the school to Masaka Catholic Diocese. We decided to enroll primary school leavers or drop-outs. Mr. John Baptist Nsuubuga was chosen to be the first Principal of the School and Mr. Damian Mukasa to be the first bursar. Since, I was going back to Rome for further studies, Fr. Jerome Ddamulira was selected to be the care-taker. The committee of the above mentioned leaders formed the School Board.

In 1986, I solicited seven thousand seven hundred US Dollars, which Fr. Jerome Ddamulira used to construct the first three classrooms. My farm house (store) became the Principal’s house. The school opened in January 1987, with fifteen students. Mr. Ssempiira Eugenio was one of the first teachers.

The school had many challenges: The structures were not adequate, teachers wanted to teach theory only, whereas the school was meant for practicals; finances were not enough; no clean water; the only source of water was the pond that came up when bricks for the farm house were being made; the school had neither hydroelectricity nor a generator; the facilities for apprenticeship were inadequate; the students lacked sufficient English Language and science to learn the agricultural skills; teachers were demanding that we either enroll secondary school leavers only, or we include secondary education at the school. We opted for the latter. This increased the enrollment to 165 in 1996”

Fr. Matthias continues: “In 1996, at my invitation, seven of my German friends came to Uganda to visit me and the School. These were: Mr. Ernst Einsporn, Mr. and Mrs. Walter Wirth, Mr. Guenter Sternal, Mr. H. Eiden, Mr. and Mrs. Altenrath. After making a survey of the School, we met at Katigondo Seminary and proposed a development project for the School. We presented it to Msgr. Arnold Poll of Kindermissionswerk in Germany, who in turn presented it to the European Union. In the meantime, our German friends formed a German Board for the School, known as Foerderverein E.V. and raised the financial contribution required by the European Union. Good enough, the European Union accepted to finance the developments. These included installing hydroelectric power, running water, building more classrooms and dormitories, buying more land and animals and paying school fees for each student for three years (1999 – 2001).

In the meantime, other courses were included in the curriculum as part of agricultural engineering: Brick-making and laying, carpentry and joinery and home-economics – especially for teaching a balanced diet. Tailoring too was added. These courses were boosted by equipment containers sent by our German Friends, with the financial assistance of GTZ. I also went to GTZ in Germany to ask them for more assistance. They told me that since they operated through governments, I had to influence the Uganda Government to help private technical schools. I and Mr. Kasirye Martin, the Principal of the School, by then, approached the Prime Minister (Kintu Musoke), the Minister of Finance (Mayanja Nkanji), Minister  Rukikaire, and Chebrot who was in charge of the Agenda for the conference with the German representatives. Chebrot included the request on the agenda and eventually, both the Uganda Government and the German Government through GTZ, accepted to assist private technical schools. The organization Promotion of Private Technical Providers (PPTP) was founded for the purpose. Through it our School gained a building shade, numerous training equipment and financing of courses for teachers.

Separation Of The Secondary School From The Farm School

Although Mbuye Farm School was affiliated to the Uganda Martyrs’ University for the awarding of Diplomas to agricultural students, the professional body – Uganda Veterinary Board did not recognize the diplomas in Animal Husbandry because they were awarded to school students and not to institute or college students. This motivated the school authorities to apply for the up-grading of Mbuye Farm School to a college.

The National Council for Higher Education demanded that the secondary and Diploma sections be separated first and given different campuses before the Mbuye Farm School could be upgraded to the College.

In May,  2017, the original Mbuye Farm School was upgraded to ST. MATTHIAS MBUYE AGRICULTURAL COLLEGE, with a License from the National Council for Higher Education to operate as a Private Tertiary Institution under License  Tertiary Institution – Private Licensed .0117 (No. TI.PL. 0117). AS a college, the institution has a fully-fledged Governing Council, Constitution, Director, a Principal, Administration and staff.  Even the existing physical structures including the dormitories were transformed to accommodate tertiary students.

The secondary school, located next to the college, has beautiful new buildings, her own Administration with a Board of Governors and a committed staff. The Secondary school now has a new name ST. MATTHIAS MBUYE SECONDARY AND VOCATIONAL SCHOOL.

Besides traditional secondary curriculum, the school continues to teach technical/agricultural courses. Each student has to take, at least, one technical course from Agriculture, carpentry and joinery, Brick Laying and Concrete Practice, Cutting and Garment Design or Home-economics.